If you’ve seen the recent print ads for Kelsey Grammer’s new show, Boss, you know that their overly serious nature is just begging for a comedic reappropriation. You’re welcome. 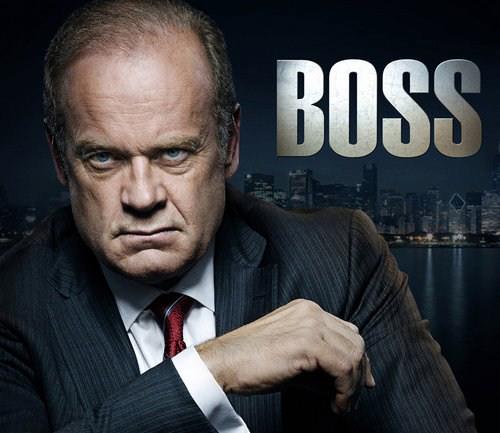 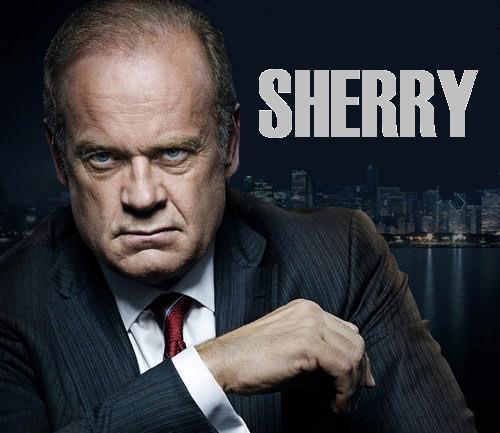 It seems like no time has passed since the last Golden Globe Awards, but the 2011 awards are upon us and airing tonight! I always get excited on award show days, what with the red carpet coverage, the celebrity musical numbers, the uncomfortable banter between wildly mismatched celebrity presenters, and of course, Jon Hamm. I imagine my dreamboat of choice will be singing, dancing, or at least playing off his Don Draper persona in hilarious ways. Make it so, Golden Globes!

Here are my predictions for how it will all play out, and here’s the full list of nominations for the curious.

Best Picture (Comedy or Musical): The Kids Are All Right

The other nominations are shitty so this is a no-brainer.

She made her feet bleed and lost a ton of weight, she deserves the accolade, and hopefully a free ham.

I wish that Jesse Eisenberg would win because he totally transformed into Mark Zuckerberg. It was spooky. But Colin Firth was supposedly really amazing in that stuttering movie, and everyone loves period pieces. Plus I can’t imagine little young Jesse Eisenberg getting an award just yet. He still needs to prove himself.

Best Actress (Comedy): Annette Bening, The Kids Are All Right

I always liked her and she deserves more awards. And why is Emma Stone from Easy A even on this list? What’s next, Anna Faris in The House Bunny being nominated? Please tell me Anna Faris was not nominated for The House Bunny, because I’m too lazy to look it up and I fear a world in which it could be true.

Best Supporting Actress in any movie: Melissa Leo, The Fighter

I haven’t seen this movie and I’m still not quite sure who Melissa Leo is, but she seems to be one of those “serious” actresses, like Laura Linney or Tilda Swinton, who people like to give awards to because they add a note of credibility to the proceedings with their bemused attitude that totally takes seriously meaningless drivel like the Golden Globes.

Well I guess we know how this one is going to go, even though he’s in remission and even he took his diagnosis with good humor. OK, let’s just play, if Michael Douglas was in perfect health, who would win? I say Christian Bale. But it’s a moot point because, you know, cancer. See: Michael C. Hall and Bryan Cranston.

Best Foreign Film: I have no idea

Sure, David Fincher did a great job with The Social Network and all of its cornflower blue icons, but Christopher Nolan made like three interwoven virtual worlds, man. And like, folded a city in half or some shit. I don’t really remember, I was drunk as shit when I watched that movie.

It’s Aaron Sorkin, and for some reason Hollywood has it bad for this guy. Don’t ask me why. I never did like The West Wing. And remember 30 Rock at the Sunset Strip or whatever, that mess was just awful. But yeah he’ll win.

Best Song and Score: Who the hell cares, get to the TV shows

It better win, because that means more shots of Jon Hamm!

It’s hilarious, and it singlehandedly revived the TV sitcom format. And, even though I’m a total Gleek, I have to admit that Glee really isn’t all that good as a show. It’s the music we care about! And even that they screw up.

Peg Bundy taken seriously as a dramatic actress? Only at the Golden Globes!

Bet you thought I was going to say Jon Hamm! But since Bryan Cranston, ahem, lost to cancer before, it’s his turn now. And, you know, he’s a totally amazing actor.

She is totally incredible in this show, and deserves every award, period. And Lea Michele? Bitch please.

He’s kind of heartbreaking in The Office at times, and that’s more than you can say for Alec Baldwin, who has basically one expression at all times. Sorry Alec.

Then there’s a bunch of mini-series nominations that nobody on Earth cares about.

…or at least 33 percent of CNN readers who voted in today’s poll. 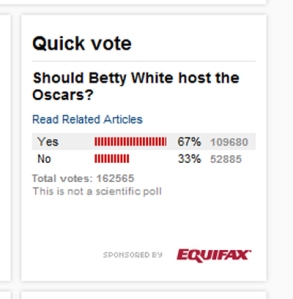 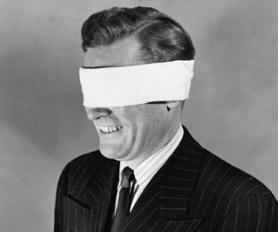 Fun times with blind items thanks to La Dolce Musto!

Which slightly horsey yet sexy young actress is a lesbian, gamely accessorized with one of those perennial girlfriend-slash-assistants? What does that say about her boyfriend?

Which soul legend approves outfits after being presented with drawings of them in a size two? (If she says, “Uh-huh,” her designer proceeds to make them in a size 2000.)

Either Aretha or Patti LaBelle.

Which Broadway diva who didn’t get the part in that movie musical eventually telegrammed the legendary composer with, “Liked the movie. Wish her music had been better served”? (His sardonic response: “Who asked you, you fucking cunt?”)

Who once introduced herself to a theater actress by saying, “Hi, I’m [so-and-so], star of [Disney spoof movie]”? Who asked you, etc., etc.?

Which blonde movie star starts every shoot by scanning the set to see who’s looking at her (and therefore who wants to play fill-the-nacho)?

Which brother who has achieved his own measure of success is a creepy egomaniac, according to some who have worked with him and don’t really care to again?

Which actress who was once married to that biggie tells gossip-seeking friends, “I’m not allowed to talk about that based on the terms of our agreement,” rather than say the much simpler, “No, he’s not”?

Clearly this is referring to Nicole Kidman.

Which ’60s pop group supposedly started out as harmonic hookers in the projects?

Which actress was just caught doing drugs with a friend in the bathroom of an East Village bar, an act that makes perfect sense if you consider her TV show?

And this one will surely become the intelligentsia’s favorite for some time to come: What one-named star used to eat pussy at the Playboy mansion to feed her then-insatiable meth habit? Huh? I’m waiting!

So I had a dream last night that for some reason involved the son, Rusty aka Russ, from National Lampoon’s European Vacation. I don’t ask for these weird celebrity dreams. And so I looked up a picture of him and in the process took a glance at his biography. It turns out his name is Jason Lively and he’s actually the brother of Gossip Girl star Blake Lively! Weird!

First of all, their age difference is remarkable. Here’s a picture of Jason now.

And here’s a picture of his ever-so-famous sister as she looks now.

I don’t really see a resemblance, but I’ll take their word that they’re related. The sad thing is that the last project Jason Lively worked on was a video game called Return to Zork in 1993. He wasn’t a bad actor! I truly believed that he hated wearing those berets. Oh well, I guess now we have Rupert Grint to fill the need for ginger actors with goofy looks. But couldn’t he at least get a guest role on GG as Serena’s long lost older brother? They could take an ill-planned vacation together!

I watched those darned Teen Choice Awards last night, and found them to be oddly planned, confusing, and more than a little boring. What the hell is the point of having an awards presentation show when you just haphazardly announce winners in asides throughout like it’s the Technical Oscars? Were those barely-discussed categories not important enough to warrant an envelope (or clamshell, as it were) opening? Weird. Besides that and the stupid-ass surfboards they continue to use in lieu of trophies, I noticed a few more things.

-The “Choice Twit” category was laughable to say the least. It was ridiculous from the headache-inducing explanatory intro to the absurd selection of nominated ‘twits,’ which rivaled Conan O’Brien‘s Twitter Tracker picks in banality. But winner Ellen DeGeneres‘ speech ended with the funniest moment of the night, when she encouraged the teenaged audience to buy beer.

-Those Jonas Brothers dares seemed cool until it became painfully clear how fake they were. For a second, they really had me thinking Mike Tyson was cutting Joe’s hair. They made a fool of me, dammit!

So I was catching up on Mad Men (highly recommended) and I could not figure out for the life of me which actress played the character Lois, the nervous switchboard operator who was promoted to secretary and then demoted again. At first I thought it was Anna Friel from the wonderful TV show Pushing Daisies.

But it didn’t look that much like her, so then I considered that it might be Alyssa Milano, also known as the rascally daughter on Who’s the Boss? and some kind of witch on Charmed. 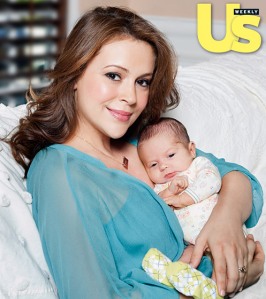 Finally I just looked it up, and it turned out to be none other than Crista Flanagan, MadTV cast member and all-around funny girl!

Doesn’t she look oddly like a combination between the previous two women? Maybe it’s just me.