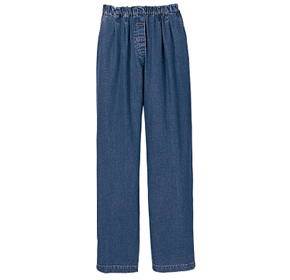 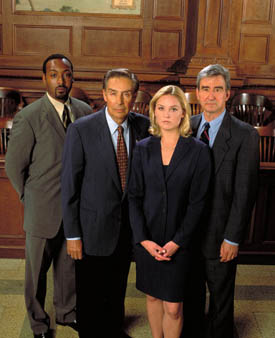 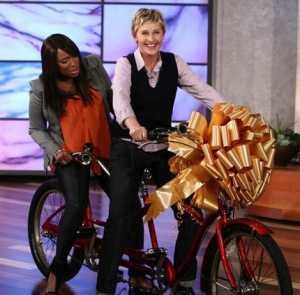 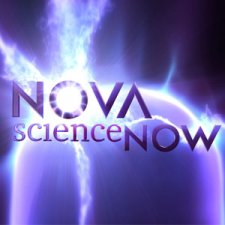 20. The “O Brother Where Art Thou” Soundtrack 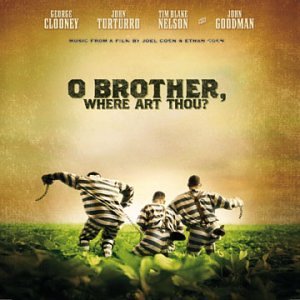 Like practically every other woman in the country under 40, I grew up reading Beverly Cleary’s Ramona books. Well finally, Hollywood has stopped ignoring this mostly-untapped cultural resource. That’s right, a Ramona movie is in the works! It’s called Ramona and Beezus, the Beezus being Ramona’s sister Beatrice. It is set to come out on March 19th, 2010, so we’ve got a while to wait, but in the meantime we can pore over the casting and nitpick!

Now, the girl playing Ramona is some unknown girl named Joey King. No big surprise there. Then we have the extended family, and this is where it gets weird. Since when do people think it’s okay to cast early 20-somethings as parents? In the role of Ramona’s mother, we have Bridget Moynahan (Natasha in Sex and the City), and as her father…what the hell, John Corbett (Aidan in Sex and the City)?! Weird! See, Carrie dated Aidan at the same time Mr. Big was dating Natasha, so it’s weird to see these two interacting. This isn’t the first time these two have confused me by being co-cast…they were also in Serendipity together. Weird.

And finally, the worst part of all…Selena Gomez in the role of Beezus. This better not be a musical! Seriously, though, in this first chapter of the Ramona saga (originally titled Beezus and Ramona), Ramona is only a side character, and the novel is from Beezus’ point of view. It’s not until the following book, Ramona the Pest, that Ramona becomes the main character proper. So that means this could easily turn into a Disney crapathon that’s all about Selena. Let’s just hope the filmmakers stay true to the novels’ tone and don’t go all Camp Rock on it.

So I was catching up on Mad Men (highly recommended) and I could not figure out for the life of me which actress played the character Lois, the nervous switchboard operator who was promoted to secretary and then demoted again. At first I thought it was Anna Friel from the wonderful TV show Pushing Daisies. 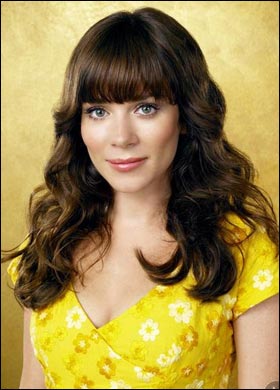 But it didn’t look that much like her, so then I considered that it might be Alyssa Milano, also known as the rascally daughter on Who’s the Boss? and some kind of witch on Charmed.

Finally I just looked it up, and it turned out to be none other than Crista Flanagan, MadTV cast member and all-around funny girl!

Doesn’t she look oddly like a combination between the previous two women? Maybe it’s just me.

I made this sauce tonight and served it over steak, and it was awesome. The best part about it is that you don’t need a pot or a pan, just a blender and a dream. A little goes a long way. Enjoy!

Put all of the ingredients except the olive oil into a blender and set to “blend” or “puree” for 1-2 minutes. Then add the olive oil and blend for another minute. Check for flavor and add more salt or pepper as needed. Serve cold or microwave for 30-45 seconds.

This sauce is great as a topper for steak, chicken, pork, and seafood (especially shrimp), or cold as a dipping sauce. Mix with mayonnaise to make an easy southwest sauce for sandwiches and other cold dishes.

I know I’ve been writing a lot of “___ is a ripoff of ___” articles, but sometimes it’s warranted. Take, for example, the new cheesy-looking horror movie Orphan, which is about a creepy kid going to live with a family and then terrorizing them and others, because they’re evvviiiiillll. Doesn’t this sound like something you’ve seen before? Well, since you’ve already read the title of this post (probably), you know I think it sounds exactly like The Good Son (trailer here).

That fine Macauley Culkin B-movie classic also involved car-related action sequences, the whole “Bad Seed” two-dimensionality of the main character, and a frantic mother whose feelings of protectiveness and maternal instincts towards the adopted child vanish as soon as there’s something wrong with him. It brings up some rather unsettling thoughts, such as, are parents more likely to reject and turn away from a child when they’re not their natural born spawn? AI: Artificial Intelligence tackled some of these same issues, but much more eloquently.

Additionally, I don’t like the fact that this new remake seems to be telling us to beware of adoption. As if orphans don’t have it bad enough, now this movie makes them seem demonic.

I just remember this sad talk show appearance by a family with half adopted and half natural children, and before the adopted kids were even like 5 years old, the parents were already diagnosing them with all these disorders and problems, like “we think John is mildly autistic and Eric has ADD with some hyperactivity,” and blah blah, but oddly they seemed to think their natural-born children were just fine. It was like they were looking for problems with the adoptive kids. Maybe I’m wrong and the kids actually did have problems, but I just didn’t like the parents’ whole attitude of suspicion surrounding kids that didn’t share their DNA.

Since Kurt Vonnegut is one of my favorite authors and The Sirens of Titan is one of my favorite books of his, I have to say something about this new movie The Time Traveler’s Wife. When I saw the TV ad for the film, it said it was based on a book, so I figured it was based on Sirens of Titan, but after doing a bit of research I found out it is based, in fact, on an “original” novel by one Audrey Niffenegger.

The nerve! It’s clearly the same exact plot, although Vonnegut’s version is interesting and well-written literature, and this newfangled book is a cheap sci-fi romance. As this Amazon review so eloquently stated, “Read “The Sirens of Titan” (written much much earlier) by Kurt Vonnegut and you will be amazed at the similarities between the “chrono-synclastic infundibulum” and Niffenegger’s “Chrono Dispalcement” — not only in the concept, but in how it is used.”

Well I won’t be seeing this Vonnegut Light romance poopola. Besides the fact that I don’t approve of the ripoff, Rachel McAdams needs to stop playing roles that aren’t of teenaged mean girls. Everything else she’s made has been more or less terrible. “Mean Girls 2” please? 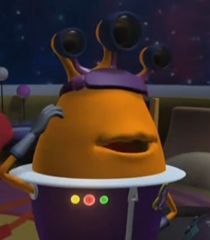 I had never seen this Zula Patrol show until I was flipping through channels during Mike and Juliet today. It’s a 3D children’s cartoon show starring a bunch of aliens who float around learning about science and stuff, and I suppose it would be good for kids to watch, although I found it kinda dull.

But before I switched away, I noticed that the three-eyed goofy know-it-all character, whose name is Multo, talks an awful lot like Brian Fellow from Saturday Night Live. Here’s a picture (and a clip) to refresh your memory.

That misinformed nature show host, as hilariously portrayed by Tracy Morgan, was always a pretty funny character, and he had a very distinctive way of talking. This Multo also happened to be discussing fish and other animals when I was watching, so that made it all the more appropriate. He actually sounds more like a bizarre mixture of Ed Wynn, Frank Nelson, and Woody Allen, but that’s beside the point.

See for yourself…you can check out one of the episodes here! The intro to this one is also pretty funny.

Liz and Laura
Create a free website or blog at WordPress.com.