The inner wall of a bathroom stall

Should not be too shiny

‘Cause tell me who wants crystal clear

Reflections of their heiny

(This poem is directed at birds)

Why do you spend so much time on the ground,

when up in the trees you would be safe and sound?

Down here there are cars, and pedestrians scare you.

If you hopped in the street, under tires, few would spare you.

Given the choice between treetops and sod,

the decision to linger below just seems odd.

Perhaps birds don’t know how we envy their freedom.

Or maybe they’re just hoping someone will feed ’em.

Halloween is just a couple of weeks away, and even though there’s a strong temptation to save costume planning until minutes before your Halloween party, there’s an even stronger drive to come up with a really awesome costume so that you can compete with the Halloween crowd and possibly snag yourself a sexy werewolf, or, more likely, a Mitt Romney lookalike who is breaking Mormon character by getting wasted. Here are some of the best Halloween costumes you’re likely to see in 2012.

Google “sexy zombie” (actually, don’t) and you’ll see that there are countless websites, articles, and how-to videos for those who want to go for a look that says “undead, but still fabulous.” This is not right. What’s wrong with just being scary? Have some balls, girls–leave the sexy costumes to the sorority girls for a year. 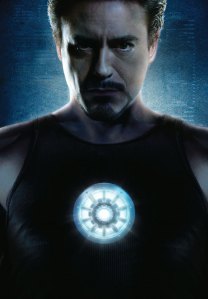 You can bet you’ll be seeing lots of guys go the Iron Man route, sans expensive full-body metal suit. It’s easy: just tape a round glow stick to your chest, slip on a Black Sabbath t-shirt, trim up your beard, and adopt an arrogant attitude. 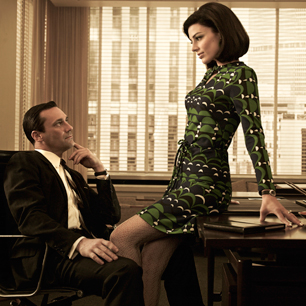 For all you stunningly gorgeous couples who want to make the rest of us even more jealous, a cute couple costume idea is to go as the first couple of TV drama, Don Draper and his wife Megan. Any vintage dress will do for her–the tough part is getting the hair and makeup right. Make sure whatever accessories you choose, from a scarf or hat to the bag and shoes, match the time period. For him, a simple suit and tie are pretty much all is required, although a sharp hat and briefcase will complete the look. If you’re a smoker, this is your moment to shine!

If you’re a diehard Doctor Who fan, then chances are you’ve at least considered dressing as either The Doctor or Amy Pond this year. Luckily for guys, all it takes to pull off this look is a slim-cut vintage suit jacket and slacks, a striped shirt, suspenders, and of course, a bow tie. Bow ties are cool. For added realism, you might want to invest in a Sonic Screwdriver, psychic paper (a black ID holder with a sheet of blank paper in it),and a fez.

The British superhero dramedy Misfits offers a great opportunity for a group costume. Five friends, five orange jumpsuits, and you’re pretty much set. Don’t forget to catch up on the show so you can keep up with which powers your character has now. Oh, and you might want to brush up on your English accent.

Another easy costume! Flat black hat, sunglasses, perhaps a nose bandage, black clothes, and that’s about it. A tough attitude is a good accessory, along with a bag of blue rock candy.

7. Daenerys Targaryen from Game of Thrones

A couple of toy dragons and a blonde wig, and you’re most of the way towards dressing as Game of Thrones‘ dragon mother and Dothraki Kahleesi. Add a Renaissance-looking dress or even a burlap sack and you’re good to go.

I just thought this was adorable. More like Grandsons of Anarchy! 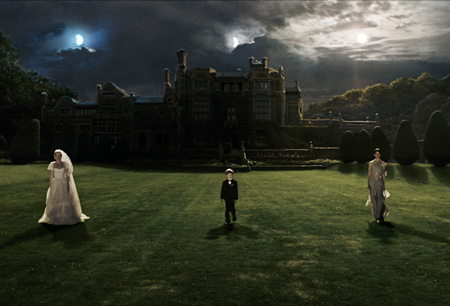 I’ll be the first to admit that I don’t have time to see all the arty, critically acclaimed and popular movies that come out each year—for instance, I heard Drive was really good, and I still intend to see it when it comes out on video—but there were 10 films that struck me this year, and here they are!

10. Attack the Block – This UK comedy asks the question, what would happen if aliens landed in the projects? A funny concept and one that is executed well, with a young cast that does a great job kicking alien ass while speaking in largely unintelligible (to me) British accents. Seriously, I had to rewind this movie so many times to attempt to hear what was being said, but at least I learned some cool new slang words, like “bare” and “merked.” I wish I’d seen this page before watching the movie. All in all, as alien movies starring kids go, I preferred this one over Super 8, if only because Super 8 had a noted lack of Nick Frost.

9. The Tree of Life – Okay, it was super pretentious and overly long, but this movie was still pretty interesting, and certainly ambitious. Brad Pitt and Jessica Chastain both do good work as suburban parents here, but the real star is the camerawork, which captures beautiful moments of all sorts, many from the point of view of a child. This innocent approach to the world makes you see it in a new light, and that’s not easy. I still say that Adaptation did the whole “origins of the universe” thing first, but it’s hard to argue with dinosaurs. I just wish there’d been more of them and less Sean Penn walking around a damn desert.

8. The Muppets – It’s so good to see the Muppets back on screen doing what they do best, and for once it doesn’t seem like kids are even invited to the party. There are really no children in the film, in typical Muppet fashion, and most of the jokes and references are aimed at adults who grew up watching The Muppet Show and the original movies. Jason Segel and Nicholas Stoller’s sweet and funny script makes this a Muppet movie worth watching, and Bret McKenzie’s songs (while sometimes a little too reminiscent of songs from Flight of the Conchords) are ideally suited to the movie’s sense of humor. Amy Adams was my least favorite part, but she did her best with a boring role. And with “Man or Muppet” nominated for an Oscar, I’m really hoping to see Bret up there on stage (while Jemaine kicks himself for not helping out).

7. The Girl With the Dragon Tattoo – Sure, it was an unnecessary American remake, and Rooney Mara may not be the best choice for the title role, but damn if I didn’t have a good time at this movie. David Fincher does a good job directing, and Daniel Craig is both sexy and believable as Mikael Blomkvist. And after seeing this and Melancholia, I’m convinced that nobody can play a rich asshole quite like Stellan Skarsgård.

6. Bridesmaids – Kristen Wiig does a terrific job leading this ensemble comedy, which features perhaps the funniest poop-related scene ever put on film. Melissa McCarthy is a standout and deserves every accolade she’s received, while Chris O’Dowd from The IT Crowd makes a suitably adorable love interest. But what really got my attention in this movie was the unusually dark and realistic tone with which it approached the subjects of jealousy, failure and disappointment. We can all relate to these feelings, and Wiig demonstrates them without being too heavy-handed. Oh yeah, and Jon Hamm is in it.

5. Young Adult – Pretty much everyone hated Jennifer’s Body except me, and I can understand that, but otherwise Diablo Cody has been a pretty reliable voice in movies and TV. Charlize Theron does an amazing job in this bitter dark comedy, making me wonder why she doesn’t get cast in more funny roles. Those who liked United States of Tara will be glad to see Cody working with Patton Oswalt again, this time playing a home distillery running, sarcastic, disabled-since-high-school hate crime victim who bonds with Theron’s washed up writer character. As someone who recently moved home for a while, not to mention someone who drinks too much at night and chugs Diet Coke out of the bottle in the morning, I can definitely relate to Theron’s character, which is kind of scary actually.

4. The Descendants – George Clooney looks totally ordinary and not like a sexy movie star in this movie, which helps to ground the plot and makes you remember what a good actor he can be when he’s given the right material. All of Alexander Payne’s movies have been great in my opinion, and this is no exception. Quirky characters, witty writing, a thoughtful tone and solid performances (even from Matthew Lillard!) give this movie a life of its own, and the Hawaiian setting is just lovely.

3. Tinker Tailor Soldier Spy – In this thriller which I’m sure everyone is calling densely plotted, but is in fact rather airy and atmospheric rather than totally plot-driven, features all kinds of recognizable British actors, from reliable standbys like Colin Firth and John Hurt to young hotties like Tom Hardy and Benedict Cumberbatch. They come together to do some cool spy stuff in the 60s, but it’s less James Bond and more Mad Men, with a hefty dose of “What the hell is going on?” interwoven throughout.

2. Midnight in Paris – You don’t have to be a fan of 1920s literature to love this movie, but it certainly helps. From Fitzgerald to Hemingway, all of your favorites are brought to life in this delightful fantasy, where Owen Wilson plays the Woody Allen character to neurotic perfection. Rachel McAdams and Michael Sheen play his fiancée and his snobby nemesis, and they totally hooked up off screen, which is cute. And Marion Cotillard is gorgeous as the mistress of various famous artists in the past. What a great idea for a movie!

1. Melancholia – (pictured above) Beautiful, haunting, wonderfully acted (especially by Charlotte Gainsburg), cool end of the world themes—oh yeah, and it features sexy Eric from True Blood. What more could you want from a movie? Unlike all those big budget Hollywood apocalypse movies, which are fun in their own right, this one tells the story of the end of humanity in a personal and intimate way, which makes it all the more scary and devastating. But somehow it feels uplifting, at least for Von Trier, whose movies are usually a lot more bleak (which is funny to say when you’re talking about a movie about the destruction of humanity). See it on the big screen if it’s still out, or watch it on a big screen TV at home, because the visual effects are pretty damn cool.

If you’ve seen the recent print ads for Kelsey Grammer’s new show, Boss, you know that their overly serious nature is just begging for a comedic reappropriation. You’re welcome.